A perfect shiny looking surface, nice glossy and with no defects is something were customers and paint producing companies are looking for. In most cases, superior surface properties cannot be achieved without the addition of surface control additives that alter the surface properties of the coating. The appearance is further more depending on the application of the paint, will it be eg rolled or sprayed, will it be air drying or over forced dried are all playing an import aspect to achieve your ultimate goal.

Often during application and or drying process unwanted problems could appear like:

This typical appearance of the surface is only observed following spray applications. Three main factors influence this defect:

The ﬁrst two factors depend strongly on the operator. The third factor can be controlled by the paint formulator. Lowering the surface tension of the liquid leads to smaller droplets under the same spray conditions and improves the ﬂow of the single droplets after   application. 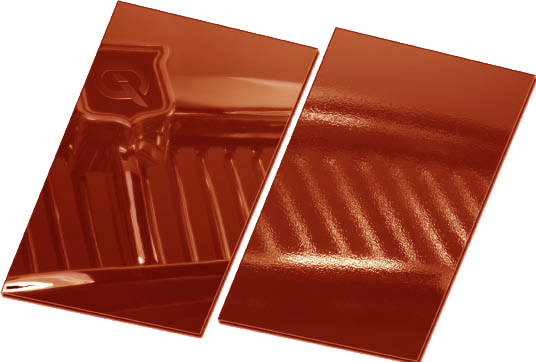 Floating and silking are related to processes taking place in the liquid paint during the drying phase. Differences in the density and surface tension give rise to turbulent ﬂow of material from the lower to the upper part of the ﬁlm. In pigmented systems, the pigments settle in different areas depending on their mobility. On horizontal surfaces, this floating is seen as hexagonal patterns; so-called Bénard cells. Silking has the same origin but is limited to vertical surfaces and shows as line-shaped patterns. These defects can be avoided by minimizing the surface tension differences occurring during the drying  process.

Craters and pinholes are caused by liquid or solid contamination present on the substrate or in the paint, or from the surroundings, before the drying process starts. The reason for the formation of craters is the difference in sur- face tension between the liquid paint and the contaminant. Such defects increase, as surface tension differences grow. By lowering the surface tension of the liquid, such defects can be avoided.Pinholes are craters, where the liquid has not formed a homogeneous layer, thereby leaving a depression which penetrates to the substrate. 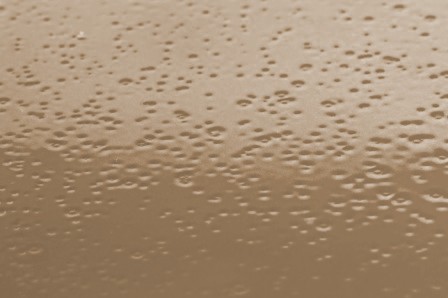 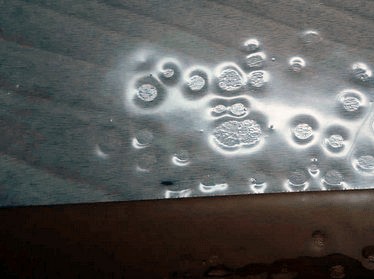 Crater-like holes whose centers which consist of a uniform flat painted region, surrounded by a depression, followed by a ridge of paint. Fish eyes are caused by insufﬁcient substrate wetting. This occurs when the surface tension of the liquid paint is higher than that of the substrate and no spreading takes place on its surface. Spreading is improved by lowering the surface tension of the liquid.

Popping involves the formation of defects by the blowing out of trapped solvent or other volatiles during baking or curing. The result may be miniature volcanoes, pinholes, craters, dimples, bubbles, or a few of each. The defect is often called solvent popping, but may be due to volatiles from the substrate (also called gassing) or air entrapment. It can be very difficult to distinguish between these mechanisms. Also the application of a solvent based top coat over a water based primer or basecoat a new source of popping became apparent. Dehydration of these water based layers can lead to pops in the top coats applied over them.  Overspray can trap solvent, blow out on baking, or absorb solvent from subsequent coats, then blow out from underneath the second coat. 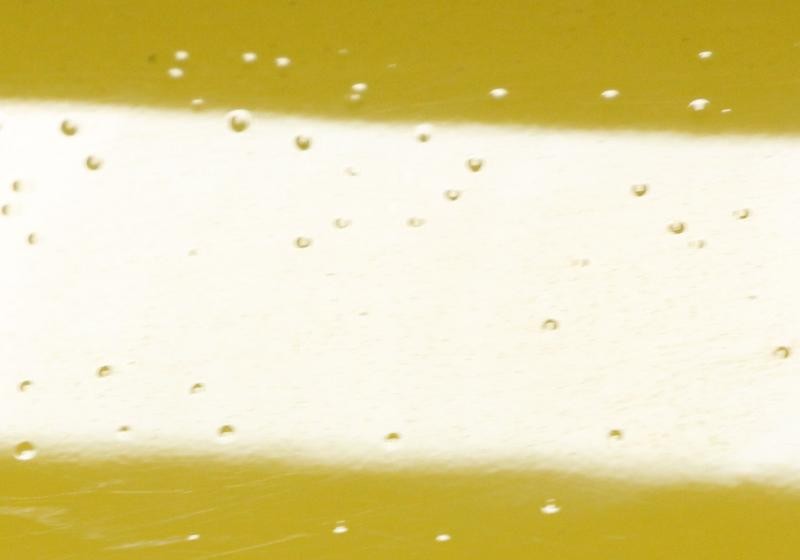 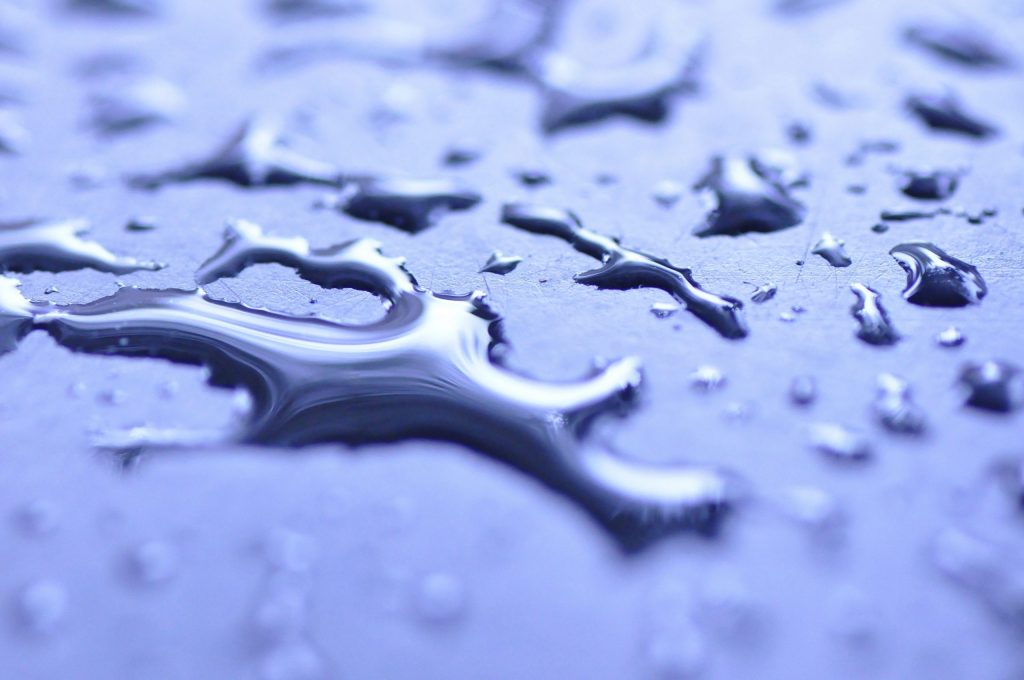 Although spraying usually is effective at force wetting of the surface of a substrate or undercoat and spreading a film across it, during or shortly after application there may be a pulling back or retracting of the film. This behavior is called dewetting or crawling. The paint appears to initially wet the surface, but cannot sustain this contact and pulls away. Most of time the dewetting or crawling appears due to surface tension differentials, especially when the surface tension of the wet paint is higher than the applied substrate. 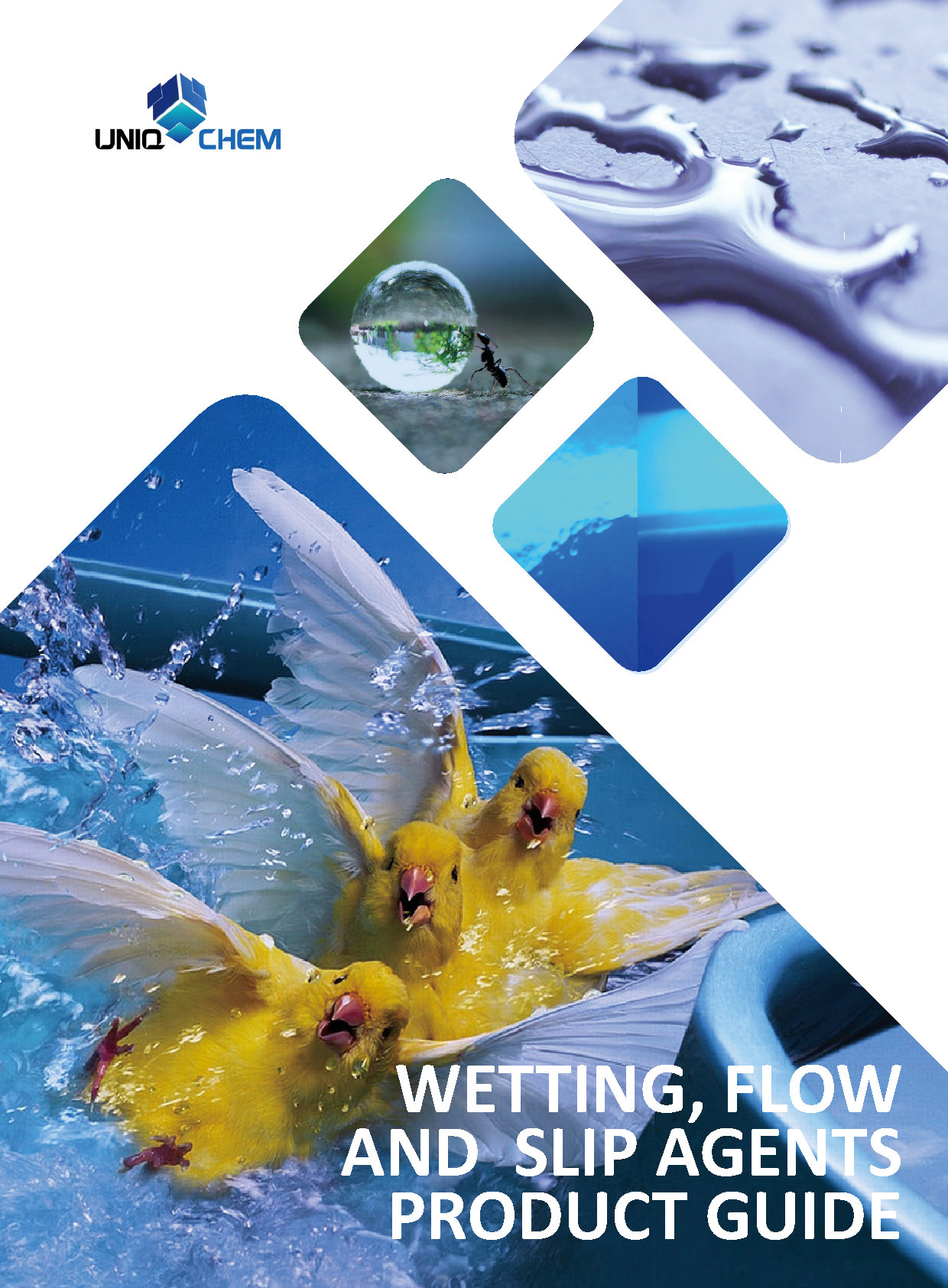 All information regarding wetting, flow and slip